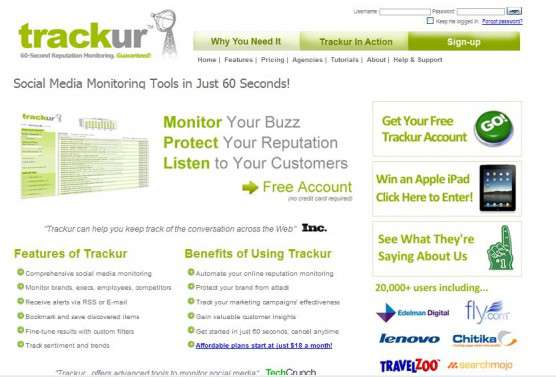 Reasons to Use Social Media for Business, Part 1

As few as 3 years ago, the use of social media sites and their relevance to business was unheard of. Today, however, savvy businesses are approaching their advertising and marketing resources with a bend toward social media sites such as Facebook, Twitter, YouTube, Google Buzz and others. In fact, according to the observations by the Center for Marketing Research, the Inc. 500 companies are outperforming Fortune companies largely due to the use of social media. In addition, Facebook recently topped Google as the most visited website on the internet. If you are not using a social media website, then you are missing out on a large customer base-and who wants to do that?

If you still aren’t convinced of the value of social media websites, consider these recent five facts:

To put these numbers into perspective, consider these comparisons. According to a February 2010 report:

In addition to these numbers, it should also be noted that in January 2010, Facebook passed Yahoo to be second only to Google. Then, during the week of March 7-13, 2010 visits to Facebook increased by 185% and Google by only 9% over the same week of 2009.

With these numbers in mind, utilizing the selling power of social media in business marketing is a must. After all, using social media sites is cost effective (usually free) and the ability to build one’s customer base is exponential. However, there is more to social media than merely setting up an account. To be effective, businesses need to combine SEO practices and customer interaction options in order to build trust and respect with their audience. This social media interaction has been shown to increase retail and e-commerce significantly. Many companies have recognized the correlation between social media and sales. According to a February 2010 Marketing Sherpa poll of 2,300 communication experts, "79% of experts of retail/e-commerce plan to increase their social media interaction in 2010" Simply put, if you are looking for a cost effective and efficient was to promote your business, social media is the way to go.

Uses of Social Media to Businesses

Because search engines are now using "Real Time" search results as well as crawling social media sites, business owners can promote their services in a variety of ways. Also some sites, like Facebook, allow you to target your advertising based on gender, relationship status, age, location, etc… so you are able to focus your efforts on those who are most likely to be interested in your services. Consider including any (or all) of the following as part of your business social media page.

Social media is likely here to stay. Regardless of whether you are a small business owner or President Obama, choosing to use the tools available on sites like Facebook or Twitter, can be a big business benefit.  Why not use it to your advantage and promote your business where you will be seen by the largest customer base available? You can do it yourself or hire the professionals at Page Progressive to do it for you. The sooner you do, the quicker your business can increase. Contact us today!