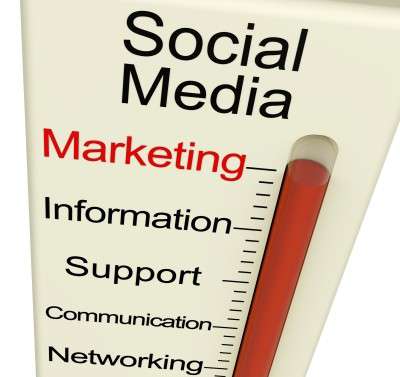 These are just a few of the new sites and apps seeking to tap into the ‘social’ scene — which the Pew Research Center found to include 65 percent of adults in the U.S. (October 2015).

Meanwhile, established players in the field such as Facebook, Twitter and Google Plus are introducing new capabilities in order to remain in the game.

So what implications does this rapidly changing playing field have for small business owners? The rate of change alone can be overwhelming for those who have businesses to operate (and the need to sleep at night).

In the latest DigitalMarketingBrief, marketing strategist Dave Mooring writes: “2016 will see more and more marketers and small businesses learning how to use social media ad platforms to reach customers.”

We scanned a number of posts with predictions and recommendations for the next 12 months, and here are highlights we found worth sharing — to help you make a leap up the learning curve:

In their post 10 Key Social Media Trends to Watch in 2016, Locowise reports decline in social media “organic reach” and thereby makes this recommendation:

Advertising is the only sure thing you can do to grow an audience in social media. It also helps get your content out to more people. Over 40% of pages already use ads. We expect even more brands to board the advertising train during the year 2016. Brands that don’t do advertising will be left behind. Do you have your 2016 advertising budget secured?

Neil Patel, co-founder of Crazy Egg and KISSmetrics, agrees. In a socialmediaexaminer post, he writes “As social media networks adjust their algorithms, the only way brands can ensure they generate a decent amount of traffic is through advertising.”

Video is a strong component once again

YouTube is still going strong. Snapchat is all-in on video. Live streaming platforms such as Periscope are growing. Facebook is introducing several new video features in upcoming months.… All this should result in a greater number of brands becoming more active video creators.

Many predict that live video will “go mainstream” in the next 12 months, considering the momentum of Periscope and Meerkat. Among them, Molly Buccini writes on the brafton.com blog:

Live social broadcasts are a thing – and it’s not just for the Red Bulls and Coca Colas of the world. People know the difference between ‘reality TV’ and ‘reality’ and they’re more likely to trust a brand that can show exactly what’s happening as it’s happening. With programs like Periscope and Facebook’s new Facebook Live Broadcasts, this is a strategy to explore for 2016.

Even if you’re not ready to explore live broadcasts, videos are still critical to your social strategy…. Consider that:

Compelling stats like the one above has led to the creation of more commerce-focused features for marketers and advertisers.

Buy buttons (and other social commerce features) can be a boon for businesses, as they remove the extra step of transferring from social platform to a third-party site before a purchase is made. It’s worth investigating ways to integrate social commerce into your sales and marketing strategy this year.

Thinking mobile is no longer optional, as  internet traffic by mobile devices surpassed that from desktops in 2015. Eight out of 10 internet users own a smartphone, and worldwide smartphone users  will continue to grow in 2016.

What does this mean for marketers? Mobile devices—especially smartphones, tablets and smartwatches—should be a big part of your focus. This is crucial if you’re targeting millennials, of which 87 percent admitted to never being without their smartphone. More importantly, 14 percent wouldn’t do business with a company that doesn’t have a mobile site or app.

Real-time engagement between businesses and customers has always been integral to the social media world. Customers expect a response from the businesses they contact via social — and the importance of responding quickly grows when they’ve made a complaint.

The advance of mobile messaging apps (WhatsApp, Facebook Messenger, etc.) may well take these interactions to a new level. Given the popularity of messaging apps, Ryan Holmes, CEO of Hootsuite, writing on LinkedIn Pulse, says “messaging is already emerging as a key channel for one-on-one social customer service.”

…mobile has been an important space in social for a long time…. But with the rise of mobile messaging apps (i.e., WhatsApp, Facebook Messenger), it’s going to be even more important that businesses integrate them into their social media strategy.

Want to read more of the outlooks for social media marketing?

There’s no shortage of predictions. Beyond those quoted in our post, here are some links to start.